Training and conditioning were already in motion while the spring sports were in the midst of their seasons, but the expectations head wrestling coach, John Petty, had weren’t fully expected until early September, two to three months away from there first “duos”(known as matches) at home. All new wrestlers had to keep up to speed and show what they could take to sustain a wrestling practice. Coach Petty spent little time practicing the basic techniques to wrestle so the newcomers had to pay close attention as well as learn quickly and efficiently to be at the top of their weight class for the next match. Week by week, condition and wrestling time grew longer until practice ended at 6:30, when it started during 8th period(2:28 pm). Week by week, each routine became more intense, inserting new techniques to perform on the mat in order to assure the wrestlers and their teammates that they wouldn’t let anyone down.

Time passes; all wrestlers develop and regular season comes by quick on October 22nd. Schedules are in place that wrestlers are now second nature to. Coach Petty sets nothing but high standards for his wrestlers. For the returners from previous years, they know the expectations, they know the workout ethics, and they know what it takes to win matches and contest hard enough to reach the state tournament. Returners lead the workouts, showing how these standards should be met and how being more than standard comes with hard work, discipline, and dedication. For a two-year El Cap wrestler, Christopher Johnston tells his take on standards and what Gaucho wrestling’s workout routines consist of, “Coach Petty is a fantastic coach, even though he gets really intense. [That’s] what the team needs most of the time.” He continues, “The standards are definitely set high for multiple reasons: Coach Petty himself wants the best for us wrestlers individually, as a group, and as students, so keeping high grades and also being dedicated and having [a] hard work [ethic] toward wrestling is a high priority and a well-set standard. [In] the past, we had few wrestlers wrestling for State [championships] and a few of them won state for their weight class and division. They revealed that it’s possible to reach such places, having other Gaucho wrestlers hungry for such success. That’s why I wrestle at a higher weight class: to improve my skills, endurance, and strength so I [can] make it to state.”

November 28th was the Gaucho wrestler’s first home duos against Turlock, 25th place in the state and the only team they lost to last year. These matches meant a lot to Coach Petty so the serious, fighter mindset was set before the day of the match and throughout the match. This means a lot for the Gauchos because this milestone will show the league they have beat Turlock, and it will also show Turlock that they have to work harder than the Gauchos to think of an easy victory. Every match was a close match. The Gauchos won eight out of twelve matches. Higher classmen’s pins were made by Josiah Araujo weighing in 145 lbs, Shane Carl in 160 lbs, Kevin Fernandez in 195 lbs, and Kyle Lee in 220 lbs. Crucial wins were held by Devin Holman in 138 lbs, Evan Myrtue in 182 lbs, and Jesus Garcia in 106 lbs. The scoreboard was neck to neck after every few or so matches. Turlock is no easy team to beat so only the best was expected from Coach Petty and the Gaucho wrestlers themselves. Matches were won and matches were lost, so the final matches were for the taking to be victorious. After all the matches were over and both teams were tired on their sides from their grand performance, the final points were added up to the scoreboard. Gauchos are revealed as 37 to Turlock’s 33! 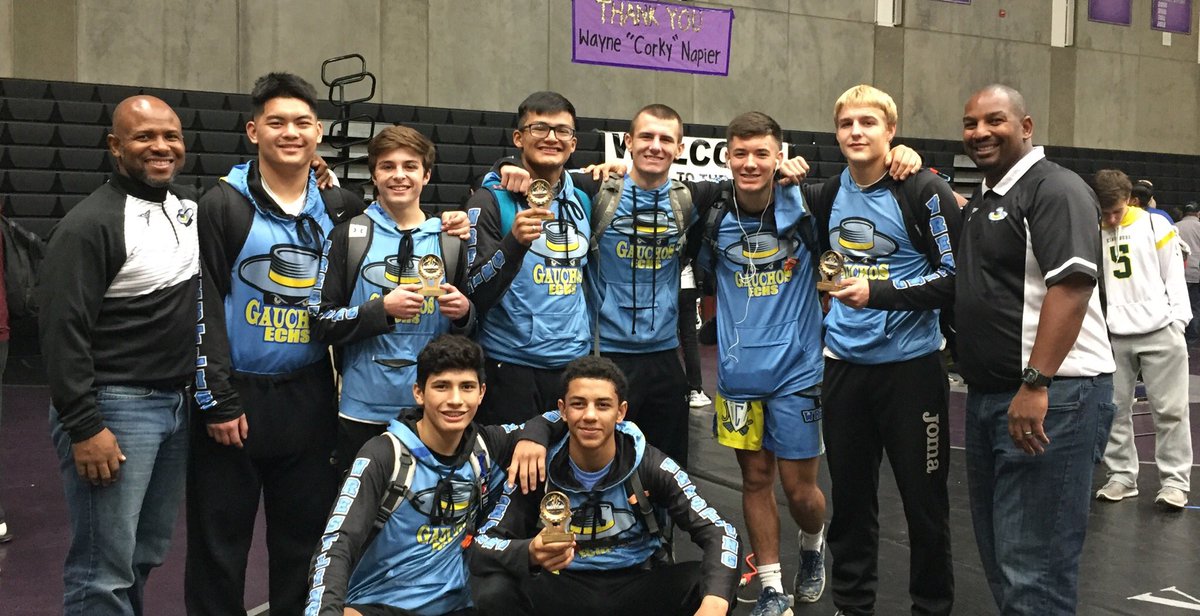