The Winter Wish Rally at El Capitan on Friday, December 14th, was definitely not one to forget! With surprises around every corner and faces full of gratefulness, the rally put everyone in the holiday mood. Gifts ranging from dinners and massages to cameras and puppies, El Capitan didn’t waste any time letting many know that they are appreciated by their loved ones, friends, and staff.

To start off the rally, Santa bounded out, along with a mischievous looking Grinch. Gifts were shot into the crowd with little cannons as everyone cheered and clapped for their chance at receiving a little box from El Cap’s Santa. Aliyah Moreno, a junior, anticipated this, as she explained she expected shirts to be thrown out, but not presents, which added a nice touch for the rally. Once the crowd was hyped, the video of gift-giving shown from earlier in the week was displayed. Small groups cheered as they watched their friends receive their winter wish on the big screen and smiles spread from the video to the audience in the spirit of giving.

After the video was shown, it was time for the real gift-giving to begin. Numerous presents were handed out with the explanation for the wish read aloud. A brother gave his sister a yearbook so she could “cherish her high school memories” and Mr. Abarca, the senior counselor, gave one of his students a 23 and Me gene kit so he could learn more about his ancestry. Manicures, spa trips, and dinner gift certificates were given to teachers, mothers, and grandmothers who are known to work endlessly to provide for their students, children, and grandchildren. Harrison Steely, a junior, was given a gift from his teacher for maintaining a 4.0 GPA while handling family hardships.

For a quick break, cheer gave a very festive performance with high-flying stunts and Christmas-themed pajamas. Once all eyes were focused back onto the gifts, the intensity of gratitude heightened. Faces were filled with joy and tears as recipient after recipient went up to stand with their loved ones and received the surprise of a lifetime. Jazkarn King, a senior known for his passionate Michael Jackson dance moves, handed his friend his dazzling infamous jacket as he awarded the student and the student’s girlfriend a night out to winter formal for being such supportive friends. One student wished for her best friend to grow taller and, while Mr. Price made it very clear they couldn’t make that happen, they did the best they could with a pair of heels, which the student received with laughter and smiles.

Another transition called for the drumlines performance, which impressed the whole way through. Not only were all beats synchronized, but the flipping of instruments was impeccable and impressive to watch. After the clapping filled the gym for the performance, the final section of gifts began. The heartwarming spree started with Ms. Petty, who decided to wish for one of her very own female wrestlers to receive a new pair of glasses as she had broken them in a match. The loving moment was followed by another gift of pizza and junior, Ajah Hassaan’s gift to her twin sister, Nylah Hassaan. Ajah had been in on the planning for weeks, explaining, “ I’m really excited to see her reaction. I think [the surprise] is going to be really cute. She’s been wanting [a camera] for a really long time.” The reason for the gift was read aloud as the crowd listened to Nylah’s love for making “people feel beautiful” and the wish her sister wanted to make a reality. Nylah was indeed excited, as she has since posted numerous photos on her social media taken with the new camera, along with a caption that stated how much she loves it.

The gift-giving did not stop there. Anthony Giron, senior, and Angelina Giron, junior, both wished for their little sister, as she has had many surgeries on her legs recently. Another student wished for his friend to see Lebron James in person, which allowed him to receive NBA tickets for the Lakers. Hannah and Katie Escobar, seniors, wished for apple trees to be planted in areas around the school, particularly near the drama building, as Riley Hanson, our beloved senior who tragically passed earlier this year, hung out around there during her time at El Capitan. A few more gifts were given; then the grinch burst through the door once again, running all over the place, but this time, everyone on the stage tried desperately to hold him back. A box appeared in the center of the gym, which seemed to be the main thing the Grinch had been trying to steal. Once opened, a puppy burst out of the box! The message read aloud stated Lily Lee, a junior, wanted her friend to receive a new dog, as she had been missing hers after it passed away.

The Winter Wish Rally was definitely not short of gift-giving or gratitude. Once again, El Capitan showed how to help people come together in the spirit of the holidays to show thanks for the ones who make them feel appreciated and loved. 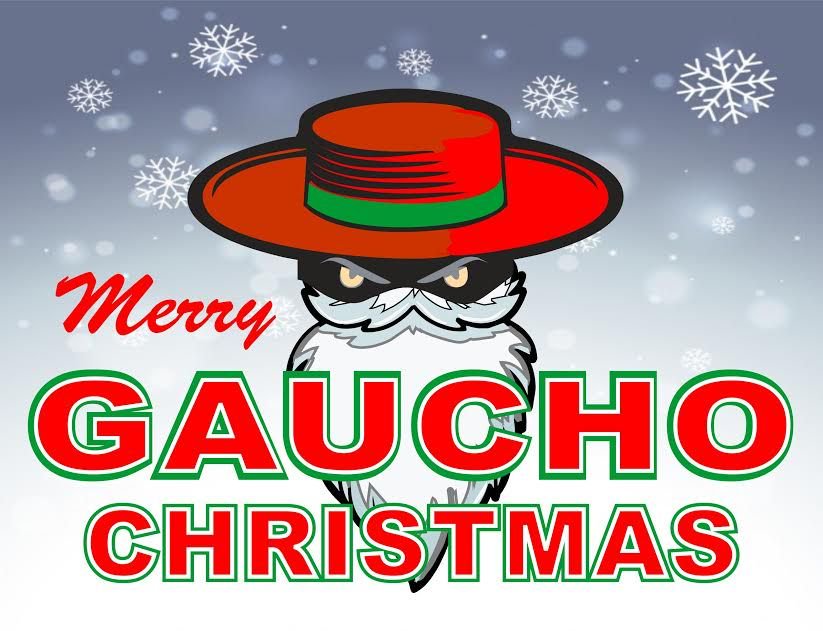