One Small Win for One Big Title: Lady Gauchos Basketball Win Against Merced High at Home

The smiles of the lady gauchos girls basketball team shined throughout the gymnasium on Monday, January 28th, as they warmed up for their game against Merced High. The game would be an incredibly crucial deciding point in terms of the CCC, but only the beginning, as the girls were scheduled to play again the following night against Atwater, their ultimate competitors. Even though it seemed like a tough one to beat, El Cap was ready, and they showed it in the hardest parts of the game with their teamwork.

Following the tip, the game proved to start off tough with Janessa Jones, junior from Merced, scoring a fast-break layup. Amaya Ervin, El Cap senior, did not disappoint with her speedy handles, and Daniela Belmonte, junior, followed a few minutes into the first quarter with a swift assist to Courtney Behn, sophomore, with the first points of the game. Merced showed their effort, as did the Gauchos, as each team battled for one shot after the other. Merced’s Khya Martin would not quit with the putbacks as Amaya continued with her drives down the court. With less than a minute down, Alex Serena, senior, used her court smarts to run out the clock, only to drain a three-pointer right before the buzzer.

The gaucho teamwork shined for the second quarter as the girls fueled themselves with cheers from the crowd and their team’s energy. Steals from both teams were put left and right, and ball movement was evident. Belmonte nudged Sierra Knight, junior from Merced, which called for a chain reaction of Ervin to take yet another steal. Balls were fought for on the ground and the press was incredibly tight. Two seniors, Amaya and Alex showed tenacity and strength throughout the second quarter, and Daniela made a mood-changing charge, which only encouraged the aggressive attitude towards both teams. Teamwork from both Serena and Belmonte prepared the Gauchos at halftime with a score of 26 to 21.

Third quarter kicked off with Nylah Hassaan, junior, draining both a foul shot and a layup. The pace seemed to change greatly in the gauchos, which forced Merced to call a timeout immediately. Right off the timeout, Serena threw an incredible across court pass to Nylah who finished the play with another layup. For a moment, Merced seemed to be falling behind with an airball but picked up the competition once Janessa drew a putback. A jump shot was made by Merced, which called for El Cap’s use of a timeout. Harmonie Farr, sophomore, finished the third quarter with a three-pointer, bringing the score to 36 on Gauchos to 37 for Merced.

Fourth quarter was the real decider for both teams, and the Gauchos knew it wasn’t going to be an easy feat. The girls started with a strong offense, yet again moving the ball swiftly and driving to the basket when open. Right off the bat, Serena shot and scored a three-pointer which sent the crowd wild but drowned by Merced’s immediate putback. Both sides of the gym filled with both Merced and El Cap fans applause as score after score went in the net. Aggression was again presented as Amaya drove in for a hard foul which gave easy foul shots and Emma Wells, sophomore, dove for a steal at half-court. With every shot and steal, high-fives were given fiercely to the team while waiting for foul shots to be taken. Great blocks by Behn and shots by Irven brought the Gauchos to 51-42. After Merced’s timeout, Amaya got caught in the cross-guards of one of Merced’s players, which gave her her fifth foul and sent her out of the game. Serena immediately tried to encourage the team on the court as she moved the ball from one side of the court to the other, trying to stall time. Seconds went by and the final few seconds rested on the clock as each coach called timeouts to draw their final plays. Coach Tyler began jumping ferociously to get his player’s attention in the midst of the chaos. All hands went up and covered every inch in the press, holding the ball back for the remaining seconds. The buzzer went off and Gaucho fans chanted “CCC, CCC” endlessly. As Mr. Price waved the Gaucho flag in the air, the girl’s celebrated but knew they needed to finish off the season strong in order to secure their title at first. 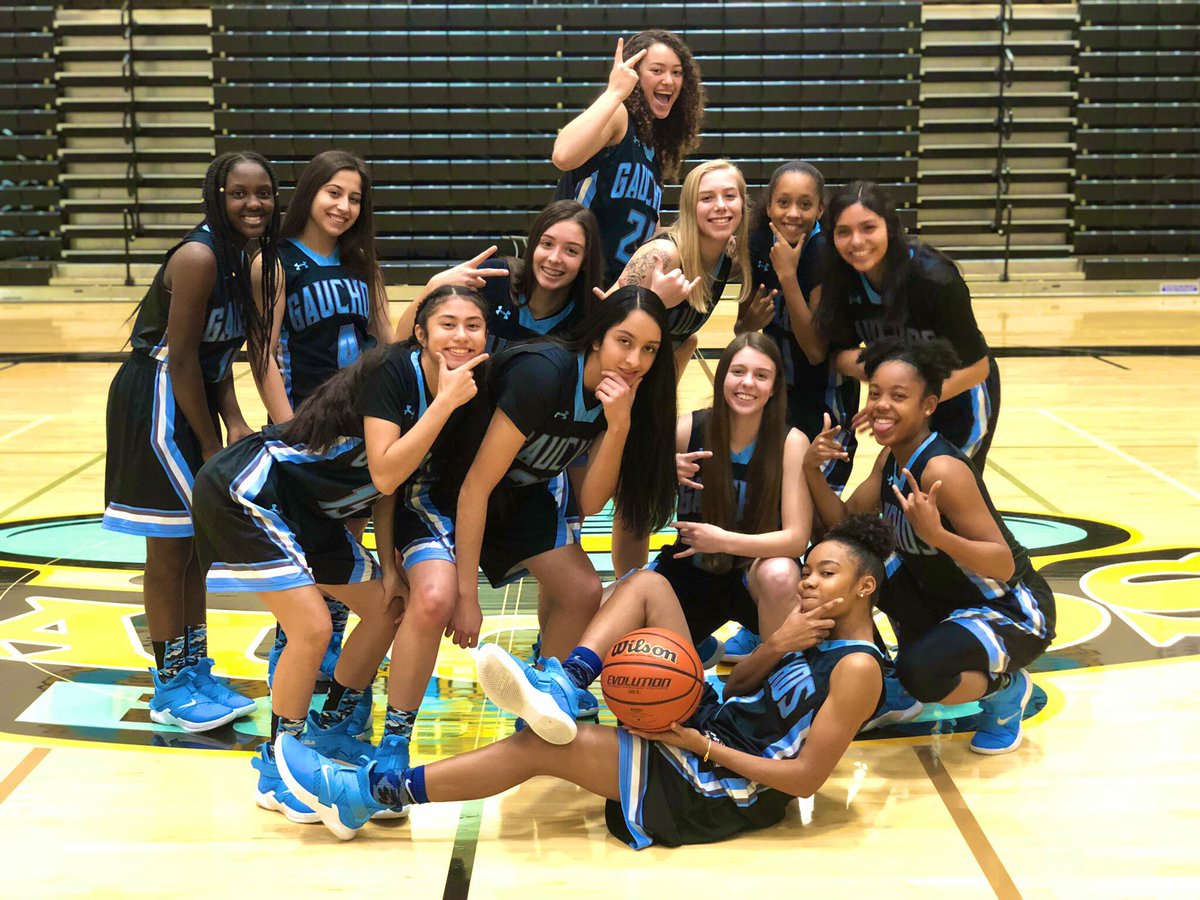